The Race to the Top

Ski racing is full of legend and myth—Bode Miller’s skiing to school in New Hampshire as a kid, Lindsey Vonn racing at little hills in the Midwest, or Julia 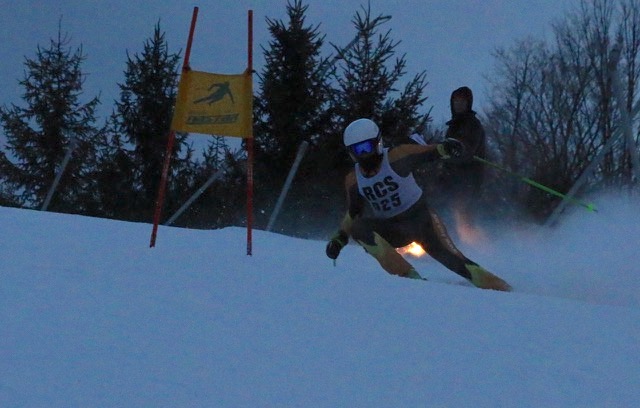 Mancuso toughing it out at Squaw Valley when she was little in a Gap jacket that wasn’t even waterproof and doing run after run after run. In the rain. They’re the stories of daring and vision and self-definition, and of determination against the odds. This is the same stuff you see in the Roxbury Central School Ski Team. They practice at Plattekill, and instead of waiting for the mountain to be open and training only on weekends, the team has started hiking up the hill or running a lift after school and setting their own course, placing gates on the hill and practicing over and over and over. The first time was when the mountain was leased for a private rental and the team asked the group if it was okay to practice. The private group cheered them on. Then, as snowmaking was happening, the kids would take the lifts up and set a course on the open slopes. Now the racers are there nearly every day after school.

And, it is paying off. The Roxbury racers have always been competitive. Claire McDaniel was at the State Championships at Whiteface last year, but the Roxbury students wanted more. They, like Mancuso (who, when she was 8 or 9 years old, wrote her name on the back of a Tommy Moe poster saying 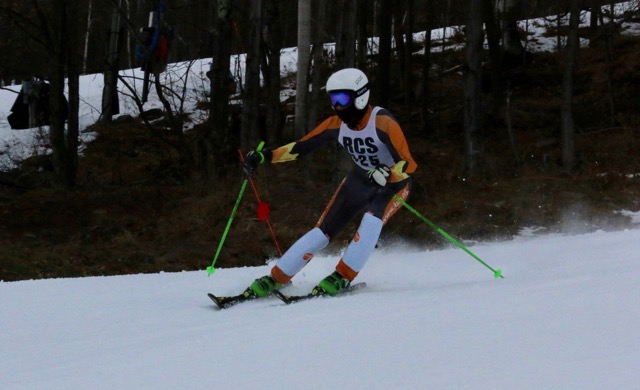 “Julia Mancuso – three-time Olympic Champion”) are envisioning similar success. Only the six best skiers in men’s and women’s make it to the championships, which are held at Bristol Mountain at the end of February. The RCS skiers race against teams from Margaretville Central School, Windham, Ashland, Jewett, Hunter, and now Ithaca, who’s team has some USSA racers and recently joined their division. The competition is stiff to say the least, and places are based on points accrued in races over the course of the season, but as of now the RCS racers are at the top of the league—the boys are in 1st place and the girls are 3rd in their division—and the wins are dramatic. Take last week’s double header at Windham, for instance: Nick Vajtaytook both the slalom and the GS. He won the slalom by 2 seconds. To put this into perspective, a 100th of a second is typical of the difference between first and second, even first and third place in ski racing. But, this was an eternity…and it is the kind of time that will carry the team to Bristol in February.