The Kids Are Alright

ACTUALLY THEY’RE WAY better than alright. Watch the ones who’ve grown up around Plattekill. They learn more than skiing. Speak to, say, Hannah Lamont, 12, and as she talks about skiing sounds way beyond her years. Like this: “I just find it relaxing (this isn’t even alpine she’s talking about but tele. Her dad taught her when she was 4). And, just to feel that vibe of going down the hill fast and you don’t have to worry about anything except the beautiful trees around you…” She was skiing with her little brother John when she said this—and noticing the beautiful trees.

Or there are those like Dylan Prado, 11 now. He started skiing just after his second birthday (his birthday is in January). I asked him what he wanted to be when he grew up expecting him to say something about skiing. He is the kid who tries to convince his parents that a summer vacation in Chile is a good idea. He said: “Happy.” One word, which strikes me as quite philosophical. (There he is below, philosophical and catching air). 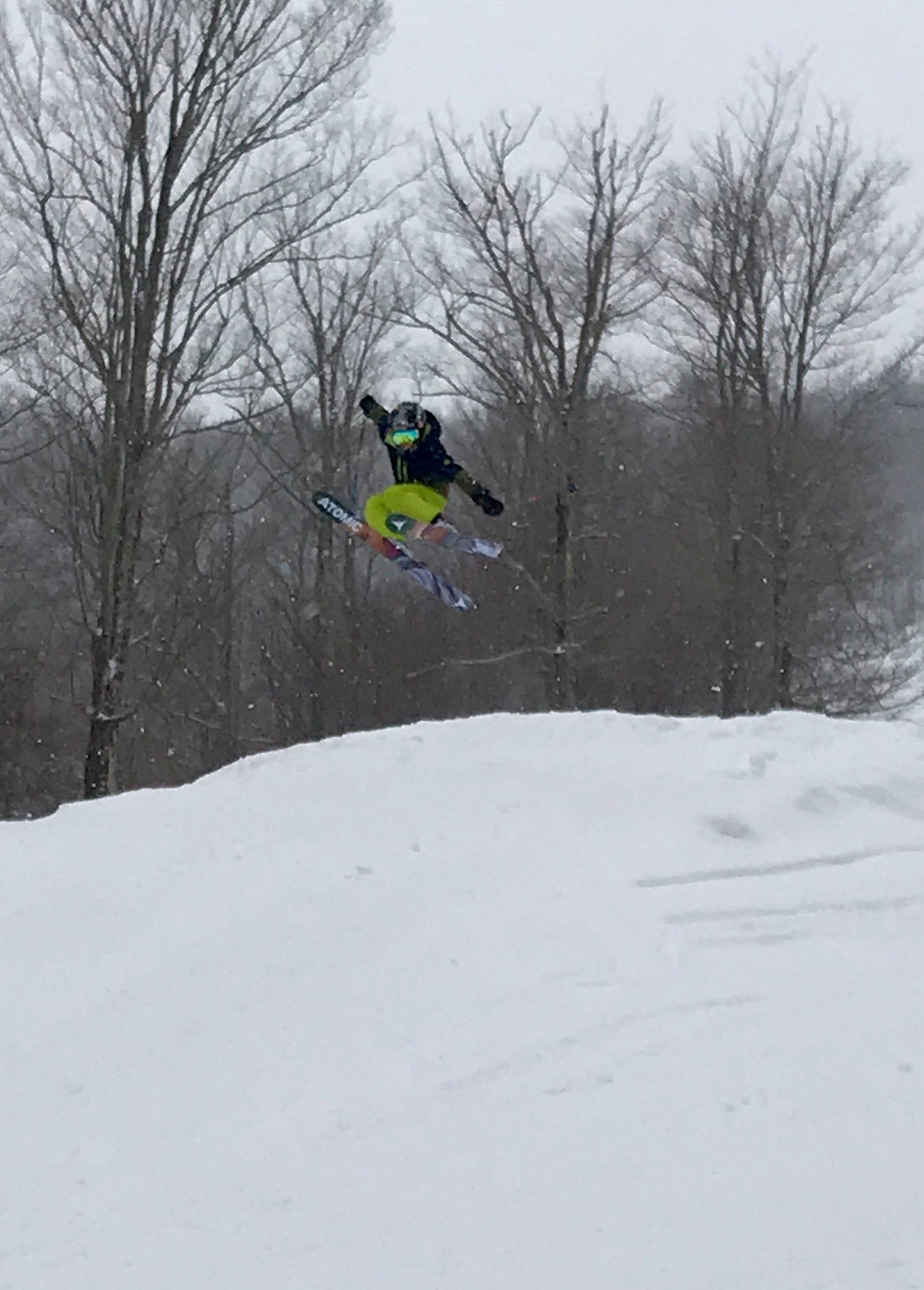 He also decided to try Slopestyle this year. He has no coach and had no real experience other than skiing the Plattekill every weekend. His dad and uncle also grew up skiing at Platty, and at one race at Windham his father who can take all comers and is happy to catch air, swallowed and said he was scared of the jump. Dylan’s response: Dad, this is what I love. This season Dylan placed second for the Catskills USASA division, which meant he qualified for Nationals. Alas, too much school to miss, but if you come to the mountain this weekend, chances are you can see him rip the bumps.

Hannah and John Lamont’s mother explains her kids take on Platty (which could also be her take on parenting Platty-style). “For them Plattekill lets them push themselves to ski more than they would somewhere else—doing jumps and having freedom. They can be independent on the hill and ski with their friends. They’re in school all day and in a world of electronics, but to be out with their friends on the hill for 6, 7 hours and to make their own choices, to see that they can make smart safe choices with their friends is great. It gives them a safe place to develop those skills to be responsible and check on each other. They get both independence and dependence on each other. The mountain is big enough and hard enough and comfortable enough that we don’t have to worry about them.” John and his friends Lucy and Lucas Daubel are in the terrain park below:

The hill gives them freedom to roam in a world where kids are often tied to home or screen or school. And last weekend they were skiing the trees, checking on each other, catching air and having a blast.

There’s a new generation coming up here that skis tele from the start like Hannah did. Henry Crane here on Plunge in February. Hiss dad, Jeff, ia head of the ski school and the person behind Telefest… 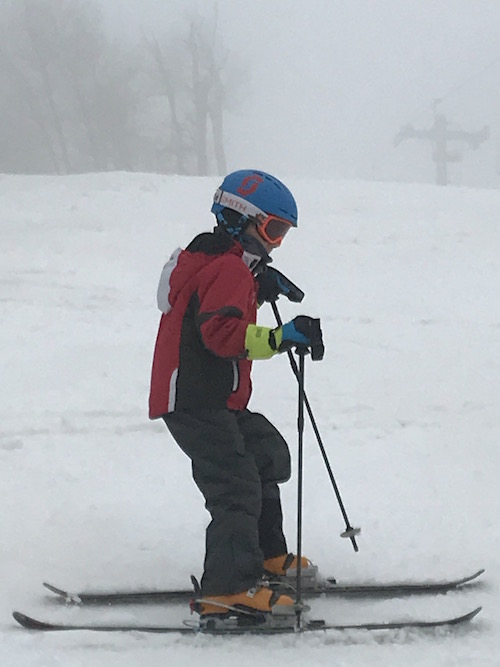 There are also those who’ve already grown up on the hill, like the Vajtay brothers who both made it to states in ski racing for Roxbury this year, along with Andrew Chojnowksi who also goes to RCS and skis and works at the hill.