Showing Some Love for Shred Love

There are many places to start talking about Elizabeth Royster-Young: community hero, snowboarding advocate, or Brady Bunch mom. That’s how she describes her blended family—her three kids, two step-kids—they’re family of seven. Or, there’s the woman who works in tech, testing software. Or, there’s the girl from Jersey City who got pregnant at 15 in high school, a teen and single mom. The girl who got pregnant again in college and in grad school. (She jokes about no more schooling). There’s the woman who worried about feeding her kids, taking care of her family, keeping them safe, keeping them together; the woman who lived in a place known for crime and shooting. “…a place where kids can’t go outside and play,” as Elizabeth puts it. It’s a place not known for mountains, not fresh air, not snow and definitely not snowboarding. 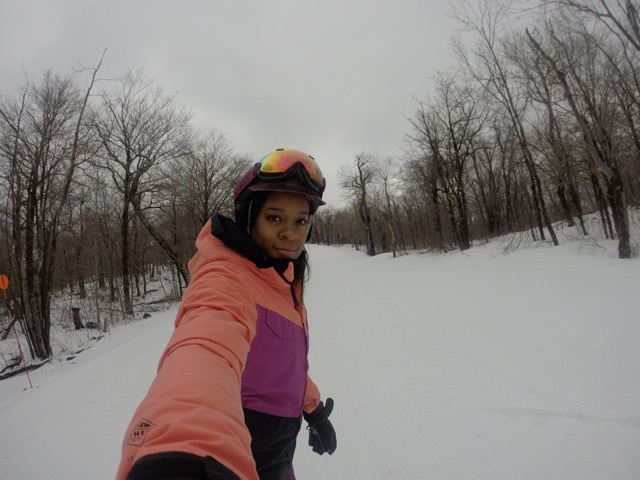 And, there’s the girl who at 14 went skiing in 8th grade. If you’re tallying the numbers, that’s a year before she had her first child. And, she loved it. “I’d never seen a mountain,” she says, “and I fell on my skis, and this guy on a snowboard helped me up.” She’d also never seen a snowboard. “He told me, ‘Don’t’ worry about it. You can’t even handle your skis, so you don’t need to worry about a board.'”

Now, Elizabeth does way more than worry about a board. She rides herself, but more than that, she gets kids who could have been her out on the slopes. That’s where her charity, Shred Love, started in 2009, comes in. Its mission is “Teaching inner city and at-risk youth life lessons and values through snowboarding.” It takes kids who wouldn’t get to go outside, who’ve never seen mountains, who have little experience with snow and gives them places to explore, places to prove themselves with new skills in new realms. It gives them experiences of success. And fun. And, recently at Plattekill—on a Powder Day at that. She brought the group up this winter. Elizabeth says, “Kids who wouldn’t get to leave their community get to learn something new, get to master a skill on the slopes.”

That would be a kid like Armani Rae. “They had the hill to themselves,” Elizabeth explains, “they don’t know how spoiled they are.” But Armani said the mountain was there for her as if it wasn’t simply that she was one of the few on the hill, but as if the mountain were supporting her, teaching her, giving her something more…

Plattekill Mountain Executive Director, Laszlo Vajtay, says, “The mountain is thrilled to able to offer the opportunity for an exclusive, private, mountain usage to an organization like Shred Love who have a special cause and mission is to introduce kids to skiing and/or snowboarding that otherwise would never have that opportunity.” 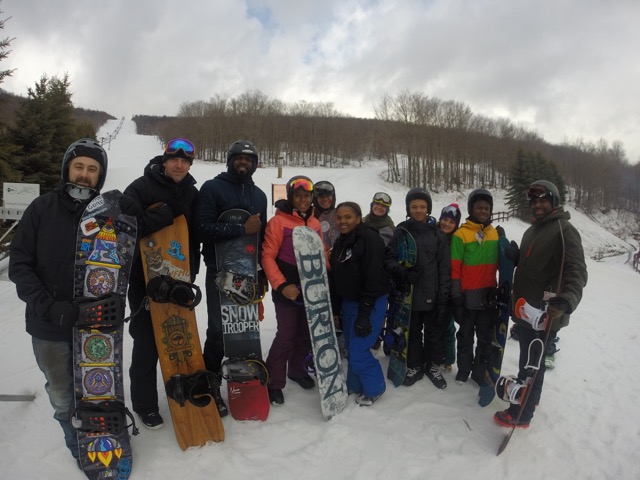 “Shred Love,” Elizabeth says, “is a way to give back to my community and do it so it’s hands on and not just a donation, where we can really see the impact.” They plan a few trips a year, and the group is a 501(c)(3) charity, so all donations are tax deductible. If you wish to give you can via PayPal, using Shred Love’s email address—shredlove@gmail.com or their Facebook page. (You can also contact Elizabeth Royster-Young and Shred Love directly at the above email address too).