This past weekend the double chair opened. And we all showed up.

Unlike the week before, the drive to Plattekill was a landscape of snow-covered beauty. The weekend had gifted us with 8 or so inches, and the fields along Meeker Hollow glistened white under a lucent blue sky.

The resort was utterly blanketed in snow, the double was running, and I nearly fell in the parking lot scrambling to get to the lodge.

I met up with Pete and we quickly snagged the triple. The guns were blasting, building whales atop a natural base, and people where laying trenches under us. It was the scene I’d been longing for – trees adorned with powder, sky painfully blue, and below – a mountain primed. 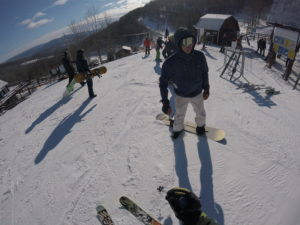 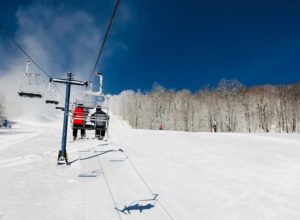 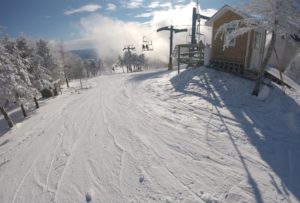 The first run down upper face was exactly as I’d hoped. The snow was silk and I was able to dive into any turn shape I wanted. Snaking from left to right, I ventured under the guns and skied through the large whales. Limited visibility aside, the snow was nearly untouched as we surfed below. 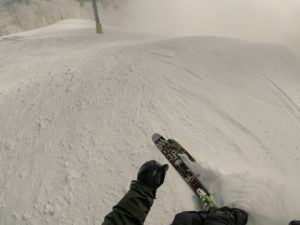 We stopped at the midpoint and ran into Brian, Rich, and company. I nodded a quick hello before Rich took off like a bullet and soon everyone followed. Lower Face was open and covered in “hero” snow, the kind you can arc a turn, layed out nearly horizontal to the ground, delivering a satisfying spray into the face of those skiing/riding alongside you. 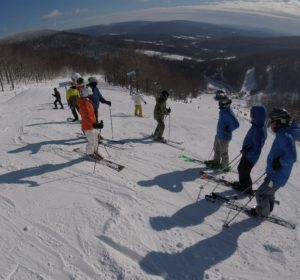 After a half dozen runs I ventured over to the double with Roman, and we found some nice stashes. The guy is so technically good, it’s easy to see why he’s taken on the Director of the Snowsports School. (I’m hoping he can help me improve my bumps skiing this spring.)

Later, I paid it forward with Ray, who I hadn’t seen since he took me on an epic tree run last season. The woods were covered, but we didn’t venture in being skeptical of the base. However, it’s a promise of what’s to come – and it’ll be worth the wait. I took a few runs with Jerry and his crew, and eventually with Alan and Brian. We skied off the double the rest of the day. 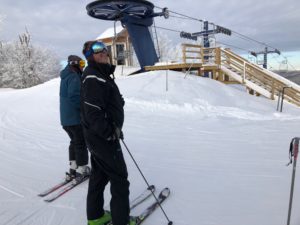 Not every trail was open, but those that were…they were about perfect. And we skied/rode the **** out of every square foot.