ALL IN THE FAMILY AT PLATTY

One of the best skiers at Plattekill? Someone in a pair of camo ski pants that look like they should have come from Cabella’s. Someone whose two great loves seem to be skiing (first) and hunting (second). This is Rich Prado and his family are 3-generation Plattekill skiers.

“My dad is really the inspiration” Rich says. “He was the one who would rally to get us up and to the mountain for 8:30, for the first chair.” 1-28-2013 Rich SR PlattekillHe brought his family up to ski in the Catskills at areas that now live in legend like HIghmount (RIP) and Bobcat (also long gone) – and of course Plattekill. His father’s love of skiing has been passed down, and Rich admits, “I’m an addict.This is what I do in winter.”

And, to see Rich do “what he does in winter” is inspiring. He rips a fast line down a bump run and will catch air like someone half his age. He started coming to Plattekill 40 years ago in 1973. Then the Hinkley family owned the hill, and he says, “They’d let my boyscout troop camp out in the lodge and cook dinner in the kitchen. They’d even leave the taps running in the bar for the parents.” In the morning they’d make sure to leave a pile of cash in return for the beer.

Now his own kids are growing up on the hill, and he’s here skiing with his brother and his family too. “My kids,” Rich says, “are the third generation. They like the freedom of Platty, and parents always know where they are. Someone will say, ‘oh they’re off building a jump.’ They can run around in a way that would be impossible at places like Killington or Hunter. On a day with good skiing, I might only see them a couple times a day.”

And where will he be skiing this weekend, when the snow is expected to be very, very good? Blockbuster. “It’s all about Block,” Rich says. “When it’s bumped up, there’s not a better run in the Catskills, which is just how Block should be.” 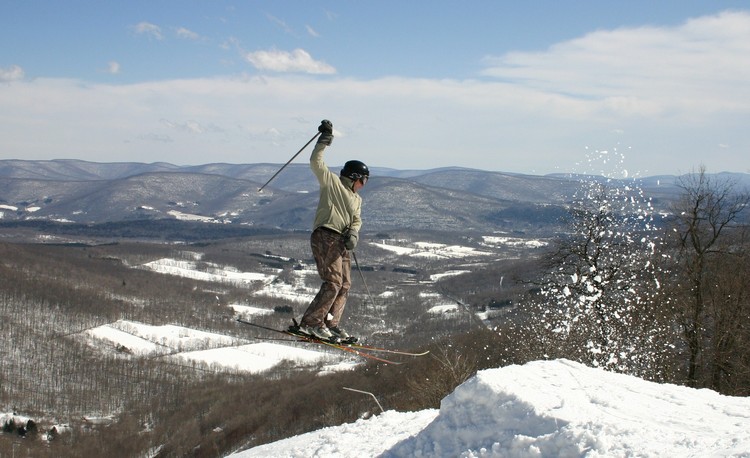