As promised, I’ve been digging around in the past to get pumped for the season. Platty’s opening day is in sight–it’s October, we’ve got a frost warning, THE PLATTEPALOOZA FALL FESTIVAL is around the corner, and I’ve swapped Summer Ale for IPA.

My 80’s my wish list would have included (besides a time-traveling DeLorean) the chance to meet my ski idols: Scot Schmidt, my Idaho girl Picabo Street, and obviously Glen Plake. I remember first watching The Blizzard of Aaahhs and how blown away I was by Schmidt & Plake’s daring, their ridiculous inventiveness.

Maybe since the technology of that era wasn’t evolving as quickly as they were (most everyone was on the same “shape” of ski) the athletes were forced to develop individual styles in order to evolve. People didn’t have powder skis for deep days, carvers for groomers, twin tips for jibbing. They had skis. There were differences in materials, construction, and price point. But the basic shapes were arguably the same. 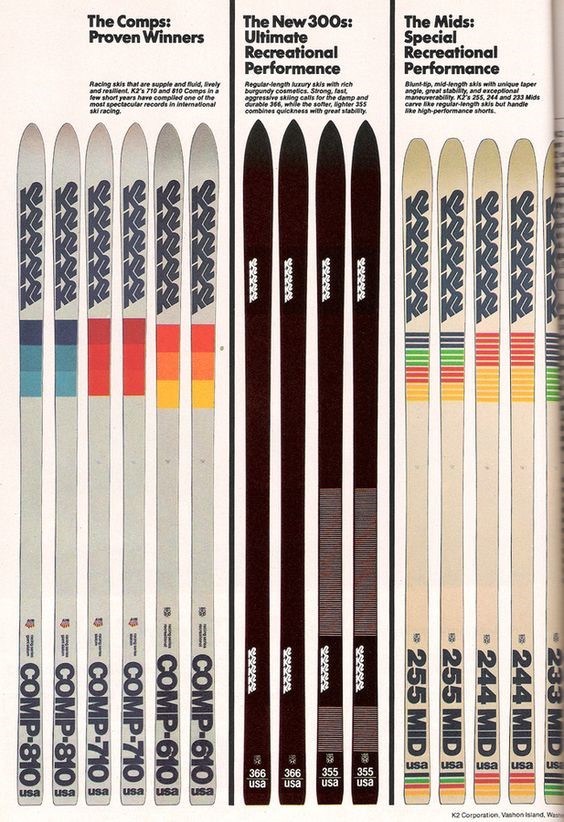 And they skied them in ALL conditions.

Although I’d never swap my modern skis for the long straight Rossi’s of the 80s, I’m glad I DID learn on them. Among other things, they taught me to maintain balance in mogul skiing and nasty, cut-up crud. And to appreciate today’s skis that much more.

So yeah, a BIG shout out to snowboarding.

I mean, come on—Schmidt dropped into the vertical extremities of the Alaskan Chugachs, Street crushed the super G at Nagano. 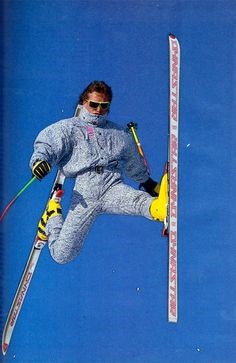 Jason Levinthal, founder of J Skis, just released the HOT DOGGER a total nod to 80’s flash and dash. And I get it—the retro vibe. The loud, garish, IN YOUR FACE ATTITUDE of it, proclaiming—THERE IS ABSOLUTELY NOTHING BETTER THAN SHREDDING THE MOUNTAIN.

For this season at Platty, let’s embrace the raw, hardcore days of launching into Blockbuster, Plunge, or Freefall on a pair of K2 Extreme 207s, sporting Bollés, an eye-popping neon jacket, a wind-scoured face–and a giant, toothy grin.

Now make sure to send us your old school pictures of keeping it real or post them on Plattekill’s Facebook page. https://www.facebook.com/Plattekill